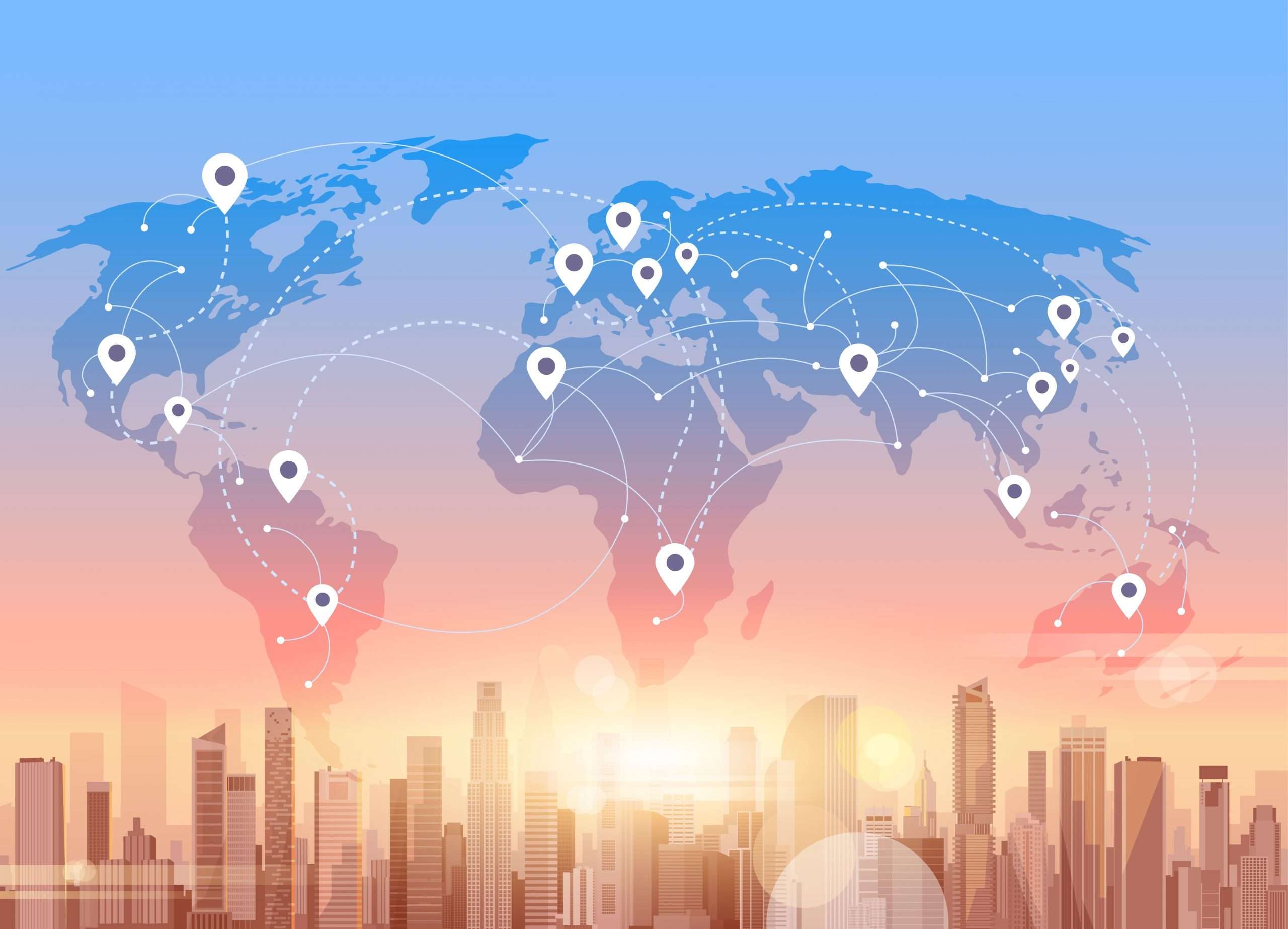 The beginning of this century’s third decade has brought record-breaking instability. By March of 2020, the world had come to a screeching halt with the advent of SARS-CoV-2 and all the attendant fear. For the first time in a century, the world stood still and simply waited. Supply chains stopped. Production stopped. The roads were empty, and signs of life were scarce.

After nearly a year of waiting, different therapeutics and treatments finally emerged. We all began to feel more confident and, ever so slowly, began to retake the rhythms of normal life. However, even though the West has largely re-opened, waves of delay are still felt, and some things simply will not return to “normalcy.”

In late 2019, Wuhan, China, began as the epicenter of the coronavirus pandemic. Their position as the virus’ origin, plus their robust and decisive response to the illness, allowed them to write the COVID-response playbook for the rest of the world. Lockdowns ensued immediately in Wuhan, then Northern Italy, and then across the globe.

While most of the world has moved beyond the COVID pandemic, China is still in the throes of rolling lockdowns in some of the great financial, commercial, and manufacturing hubs. Because of China’s zero-COVID policy, supply chains have been stuck in a whiplash-inducing “stop and go” environment since early 2020. This creates a uniquely hostile environment for planning, forecasting, and manufacturing across the board.

To add insult to injury, many in the baby-boomer cohort saw COVID as an ideal opportunity to exit jobs that they were going to leave soon anyway. Businesses added to this exodus with retirement incentives. They were, after all, looking for ways to cut costs and tighten their belts, and paying severance packages rather than salaries was the way to go.

Finally, as governments began to shut down “non-essential” parts of the economy, they also had to take responsibility for subsidizing those who were suddenly furloughed or unemployed. While this was an appropriate reaction, in the beginning, many argue that the line between helping and harming soon became blurred. Many who had previously participated in gainful employment refused to return to work, even after the risk-benefit calculation was tipped in favor of returning to the “new normal.” As the money supply increased without a commensurate supply of consumable goods, inflation ticked up to where we currently are today–well in excess of 8% on the CPI.

Even after many different supply chains have come back online and are substantially more robust than mid-pandemic, China throws a right hook as it sets its sights on Taiwan. A series of events–PRC military exercises in the Taiwan Strait, Speaker Pelosi’s largely unannounced visit to Taiwan, and Taiwan shooting a Chinese drone–have all served to raise temperatures and increase the likelihood of hot war. To add to the mix, the United States formal position is in agreement with the One China Policy. However, in a moment of strategic ambiguity, President Biden recently committed to aiding Taiwan in a hot war with China.

Some may ask, reasonably, what this has to do with the price of tea in China (pun intended). All of this is relevant because of the Taiwan Semiconductor Manufacturing Company (TSMC), which manufactures around 92% of the world’s semiconductors. These semiconductors are used in everything from medical equipment, defense/military hardware, automobiles, computers, and more. The lead time on semiconductor production is also quite substantial for, especially for their size. More advanced types of semiconductors take up to three months to produce, further complicating potential supply chain issues. Many fear that Chinese control of these will lead to their superior military prowess while leaving much of the rest of the world in the dark, figuratively and literally. Not only does this scenario affect national security, it drastically reduces the number and quality of vehicles, medical devices, and other goods that the USA can produce.

The Rush To Re-shore

In response to the threat of a hot war between China and Taiwan, suppliers and OEMs are taking actions ranging from complete sanguinity to partial withdrawal from China. Each individual company will need to evaluate its own appetite for risk. Because supply chains were brought front and center during the height of the COVID pandemic, many companies are opting for a more robust supply chain. They are deciding to put distances between themselves and China by reshoring and incurring a slightly higher labor cost while also securing a more robust supply chain. Because of how complicated reshoring is and how delicate supply chains are, it’s critical to make sure that any reshoring is done right the first time. Bringing expert advice like Seraph on board can mean the difference between survival and success and losses in the billions of dollars.

Still, reshoring efforts have been anything but seamless for a number of reasons. First, China is one of the only countries in the world that has enough capacity to fulfill such titanic manufacturing demands. As a general rule of thumb, companies should budget for about 18 months to move equipment and processes to a different part of the world and re-start production.

Additionally, the same baby-boomer retirees mentioned earlier have left a substantial talent gap in manufacturing. Those retirees can no longer impart the industry-specific skills that they have which leave many companies scrambling to re-learn and re-teach different production methods. Even with all of these difficulties, companies are still managing to re-shore and bring a considerable amount of production back domestically, or at least to the Western Hemisphere.

The Reality of Reshoring

Reshoring, especially when it comes to semiconductors, is an entirely different beast. The US government recently made a $50 billion public investment into new silicone fabrication plants in the USA. However, expert estimates suggest that the investment should be around 20 times higher in order to adequately compete with China and Taiwan. These plants also take anywhere from 3 – 5 years to build, and the most elaborate plants can take up to 10 years; a timeline well beyond China’s likely timeline to move on Taiwan.

Squeezing and cutting labor costs doesn’t work in inflationary environments the way they do in more traditional macroeconomic environments. However, Seraph can help different suppliers and OEMs improve their standing and future outlook. First, Seraph can help companies evaluate all their different processes and streamline them to improve margins. There are a host of inefficiencies that can masquerade as supply chain problems that Seraph can help solve. Seraph can also help suppliers and OEMs negotiate direct contracts with TSMC before there are any major geopolitical shifts. The key to succeeding over the next several years is to control whatever is in the immediate sphere of influence and optimize to the greatest extent possible.

Seraph is led by operations consultants who have worked in the biggest OEMs and Tier 1 suppliers in the world and know the business inside and out. Seraph has helped some of the biggest companies like Faurecia, Webasto, Mercedes-Benz, Nissan, and more, navigate the market since 2019. Our creative solutions have equipped companies with the tools necessary to not only survive but thrive in the midst of market turbulence. To learn more about Seraph or to schedule a discovery call with one of our advisors, please visit our information page for more information. 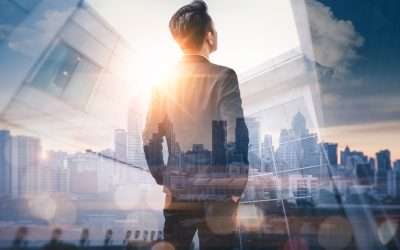 Leadership in the Roaring 20’s

The 2020s have often been compared to the roaring 1920s, a time of great economic prosperity and cultural change. As we move further into the decade, the challenges and opportunities facing businesses and leaders are significant and varied. To succeed in this rapidly... Welcome To The 2023 Operational Excellence Awards

Seraph is embarking upon an initiative driven by our passion towards automotive manufacturing. The last three years have been a challenge for our industry — but exceptional suppliers have proven the importance of future-driven innovation, partnership, and quality. The... The trend of companies moving their manufacturing operations from the United States to China was prevalent in the late 20th and early 21st centuries due to China's lower labor costs and lax regulations. However, within the past decade or so a concerted plant reshoring...